Bogano 100% – Best guide for all chests, secrets and force echoes

This guide shows you all secrets, chests and force echo locations on Bogano in Star Wars Jedi Fallen Order which has a user score of 8.0 on metacritic.

Here you can see Zeffo and Kashyyyk.

Get out of the ship and check the Bogling tunnel to unlock Bogling Studies 3 – Bogling Tunnel. Near the Bogling tunnel you find a pathway that leads underground. You will see a Bogling running away and jump through a door you can destroy with PUSH. Talk with the Bogling and it will join you as a companion.

After obtaining the Bogling as a companion go to the huge cage with a ball and a socket in it. Push the ball into the socket to open the cage and find the secret which is a Stim Canister.

Both Chests in the Fractured Plain in Bogano can be easily acquired with JEDI FLIP.

From the Entrance use the WALL RUN on the right wall and continue to WALL RUN to a small platform with the force echo The Researcher 7 – Frustration. You can find Flora and Fauna 3 – Para Fish and Terrarium Seed Kalpi at the bottom. Go one floor up and Wall RUN with a lot of jumping from wall to wall to reach the force echo The Researcher 6 – Meditation.Go to the area where you learned the ability WALL RUN and scan the wall for Flora and Fauna 4 – Zaur.

You can reach the upper Secret which is a Stim Canister from Binog Mesa or you PULL the big block at the top of Subterranean Refuge. For the other secret you have to use JEDI FLIP to get to the eastern part of the map with one Force Echo. From the Force Echo WALL RUN and PULL the ropes to swing to the second Secret.

Instead of wall running to the right part drop down and scan the camp to unlock Bogling Studies 5 – Dead Splox.

After your first visit there might be a bounty hunter called Daschorb in Hermit’s Abode. You can find the left chest in a dark room where you have to OVERCHARGE a box to let the floor reveal the chest. You can find Flora and Fauna 1 – Bog Rats and Splox on a table near the entrance and The Researcher 1 – Water Filters on the left after entering. Enter the small room behind the fan where you repaired BD-1 to scan Archive One – Discovery 2 – Sage, Vault and Tomb. Archive Six – Vision – The Premonition can be found right before the point where you got electrocuted and unlocked BD-1s stim pack ability. Enter the narrow path on the right side in the entrance hall and cut your way through to scan a force echo that unlocks The Researcher 4 – Larder.

Get to the top of the left part of the Bogdo Sinkholes scan the Bogling to unlock Bogling Studies 4 – Boglings and then drop down through the holes to fight Oggdo Bogdo. In his lair you will find a chest and a secret. Get to the top again and this time PULL a ramp to get above the right part of the Bogdo Sinkholes. Use the rope (the line on the right on the map) to swing to the Abandoned Workshop. Use it again to get to the chest. After you jump from the rope slow down the fan so you can jump through. Scan the sphere, slow down the fans on the ground and get the secret The Researcher 2 – Research Notes in this room. (It’s a tricky jump)

You can find 2 chests under water and a secret in the small room. Also use the workbench in there to upgrade BD-1.

While returning to your ship you will automatically unlock Archive Three – Dathomir – 1 Discovering Dathomir which unlocks travelling to Dathomir. On the right side of the door with the Dathomir mural you can scan The Researcher 13 – Faded Mural. You can reach the top of the Abandoned Workshop from the Bogdo Sinkholes. Both chests have to be sliced.

Check the ground near the save point to unlock The Researcher 5 – Traveling to the Vault.

You can find the force echo The Researcher 3 – Research Camp at an abandoned camp in this part of the Great Divide. 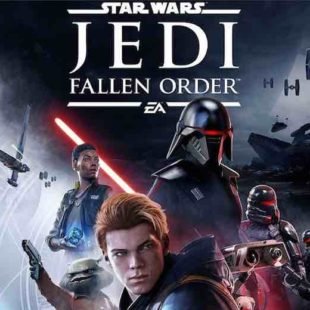 ZEFFO 100% – BEST GUIDE FOR ALL CHESTS, SECRETS AND FORCE ECHOES

This guide shows you all secrets, chests and force echo locations on Zeffo in Star Wars Jedi Fallen Order which has a user score of 8.0 on metacritic. Here you can see Kashyyyk and Bogano. Zeffo - Derelict Hangar Collectibles Enter the storage to find force echo Imperial Excavation 1 ...