In Chapter 8 you unlock several Quests in the Sector 5 Slums. One of those quests is Kids on Patrol which can only be done during Chapter 8 in Final Fantasy VII Remake. It is Side Quest 8 in the Quest overview.

Talk to Ms. Folia in the Center District of the Sector 6 Slums. She has something important to do in the evening and can’t find the Kids. They can be easily spotted, each kid has a wooden sword on their back.

The first kid can be found just south of the Kids on Patrol Quest Giver Ms. Folia near a bench.

The second kid can be found standing between two tunnels.

The third kid can be found near the weapons shop of Sector 5 Slums.

The fourth kid can be found south of the Secret Kids Hideout entrance.

The last kid of the Kids on Patrol Quest in Chapter 8 of Final Fantasy 7 Remake can be found in the northern part of Sector 5 Slums.

After you return to Ms. Folia the kids will ask you to get rid of the Toad King. Enter the Secret Kids Hideout and follow the path until you get to a dead end. Use Ice Materia to make the battle easier.

Return to Ms. Folia and the kids will be happy that you defeated the Toad King. As a reward you receive a new weapon for Cloud the Nail Bat. Check the weapon upgrade guide to see what nodes will appear in later levels.

To finish the rest of the Quests in Chapter 8 check out our Final Fantasy 7 Remake Guides. 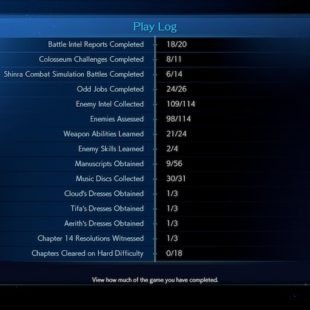 Instead of starting over and having to play the whole game again Final Fantasy VII Remake lets you select the chapter you want to play. You will keep all weapons, materia, items, levels and collectibles. Chapter Select Some chapters have new content like chapter 17 which features...